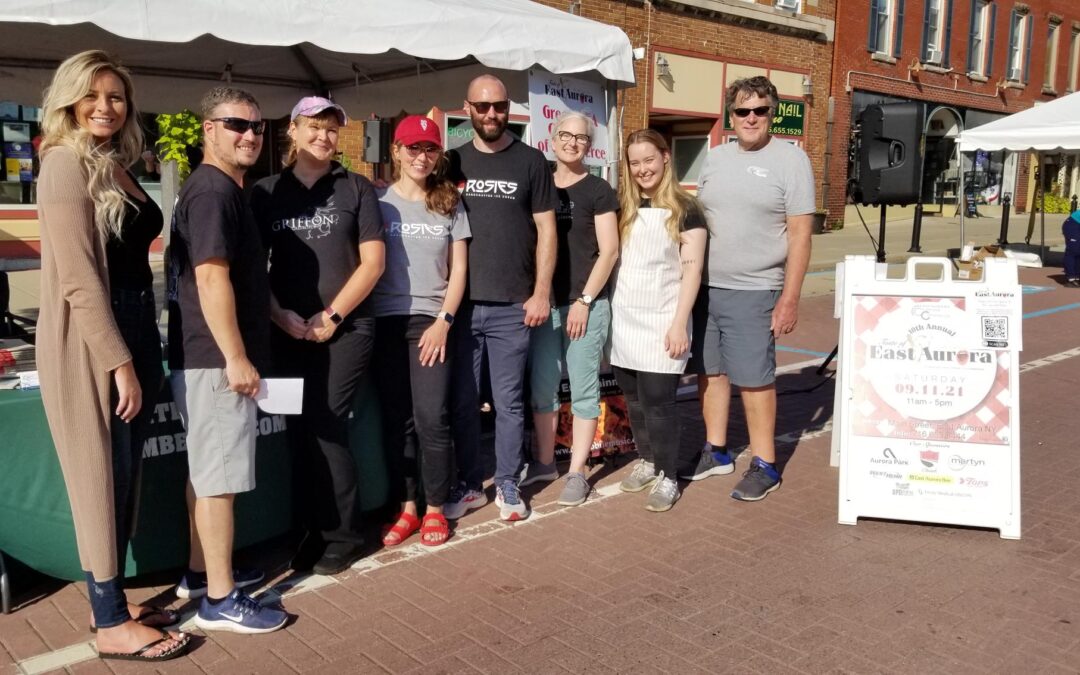 And the Best of the Taste of East Aurora are……

The Greater East Aurora Chamber of Commerce is pleased to announce the winners of the 10th Annual Taste of East Aurora “Best of” Awards.

Voting this year was done online. 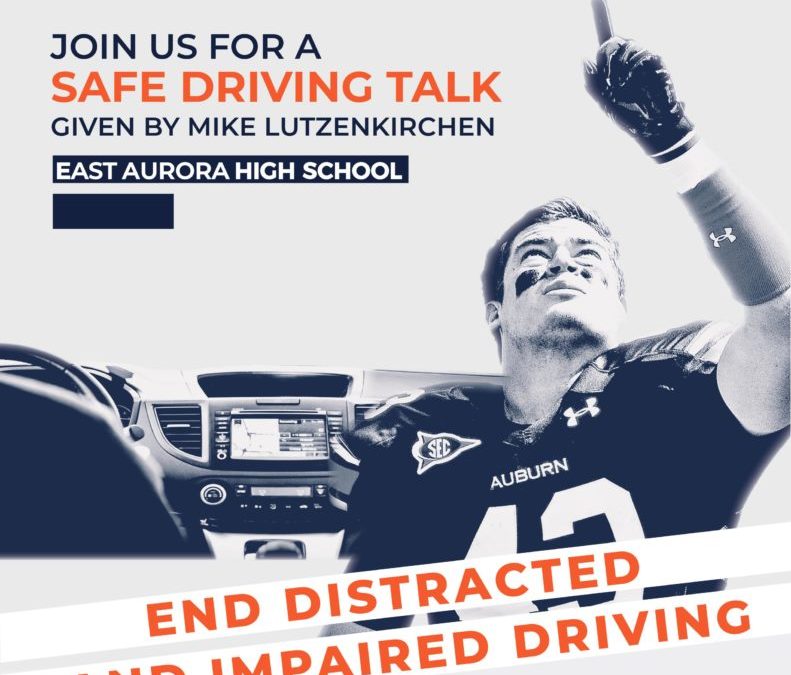 On September 20th and 21st, Mike Lutzenkirchen, executive director of the Atlanta-based Lutzie 43 Foundation, will be in East Aurora to speak to students, teachers, and staff about the effects of distracted and impaired driving. Lutzenkirchen built his foundation after the loss of his son, former Auburn University football player, Philip Lutzenkirchen and the circumstances around his death that could have been prevented.

Lutzenkirchen will address the EA community on Tuesday, September 21 at 7:30 p.m. in the EA high school auditorium. Masks are required and all are welcome.

“Our entire district will hear and feel the power of Mike Lutzenkirchen’s message about the importance of the decisions we make, that not only affect us, but those we love as well,” Bill Roberts, East Aurora High School principal said. “Forty-three seconds is all it takes to make sure you or someone you are driving with is driving distracted free.”

Philip won over the hearts of the Auburn community before he lost his life as a passenger in a drunk driving accident. He was not wearing his seatbelt and was ultimately thrown from the car and killed on impact.

Since Philip’s death in June 2014, Mike has traveled to schools and organizations across the country to deliver hard-hitting truths about Philip’s accident in hopes to prevent drivers from making similar mistakes that might cost them their lives.

“Philip’s story and the 43 Key Seconds initiative is in place to protect the East Aurora community,” said Lutzenkirchen. “For the younger students, my message is how to be a great friend versus a good friend and how to focus on smart decisions.”

The East Aurora Schools Lecture Series Committee (EALSC) is coordinating Lutzenkirchen’s visit to the district with the hopes to reach all community members on the importance of distracted and impaired driving. In March 2022, the EALSC will welcome Dr. Delaney Ruston for a student and community conversation about screen time and technology for kids.

The Lutzie 43 Foundation aims to encourage and empower all drivers to be positive ambassadors for safe driving through character development, mentorship and real-world application. The Lutzie 43 Foundation was established in loving memory of former Auburn football player Philip Lutzenkirchen, shortly after he lost his life in a car accident in 2014. In his memory, the foundation’s 43 Key Seconds safe driving initiative aims to create the first nationally-recognized symbol for distracted and impaired driving awareness and prevention. The foundation’s motto for youth is to “Live like Lutz, Love like Lutz, and Learn from Lutz,” reflecting its desire to help others live out the many positive character attributes that Philip displayed while learning from the circumstances that led to his death. For more information, visit lutzie43.org.

All are welcome to the Tuesday, September 21 talk in the East Aurora High School Auditorium. Masks are required.

The store bears the proud distinction of having never closed its doors since its opening in 1851. Even during the Coronavirus pandemic, when many businesses were forced under, Marilla Country Store held firm to its core mission: to serve the needs of all who visit; from the earliest settlers, to modern Western New York families, to travelers from all over the world.

“To say the store has seen a lot in 170 years would be an understatement,” says owner Sandy Grunzweig. “We have been through 33 U.S Presidents. 8 global pandemics, 6 major blizzards, and more than 100 wars.”

“But no wars, blizzards, or even global pandemics have been able to keep us from fulfilling our promise to meet the needs of the people of Marilla, and all who pass through.”

The anniversary will be recognized on Saturday, September 18th as part of “Ag Day,” the Town of Marilla’s annual celebration of its deep agricultural culture.  On that day, the store will offer a free basket raffle and free Mayer Brothers cider and donuts while supplies last.

“Marilla Country Store was established when agriculture was emerging in this region,” says Grunzweig. “Since our heritage is so steeped in Marilla’s agricultural community, the store’s anniversary is truly something for the entire town to celebrate.”

Grunzweig’s family, the Gingerich’s, are the third to have ownership of Marilla Country Store since it was established in 1851. In fact, the store is older than the town of Marilla itself. Marilla wasn’t incorporated until two years later, in 1853.

The site was acquired in a trade between a local shopkeeper and a logger named Harrison T. Foster. Foster found himself on the brink of losing his business after his oxen got loose in a nearby cornfield and ate themselves to death.

Fortunately, the shopkeeper was willing to trade his business for Foster’s land. The new store that Foster and his partner, Charles Walker, built in place of the old one is the original site of what would eventually be known as Marilla Country Store.

The store has remained family-owned over its entire 170 year history. In 1916, Louis Monchow, the son of Harrison T. Foster’s partner Gustav Monchow, took over the business from his father. It remained in the Monchow family until 1979 when the Gingerich’s bought the store, following Mildred Monchow, Louis’ wife’s, retirement.

It was the Gingerich’s who gave Marilla Country Store its name.

“Especially given the past year and a half, my family is eternally grateful to still be here, going strong,” Grunzweig says. “We couldn’t do it without our incredible staff, who has worked so hard to keep us going, even during a global pandemic. And, of course, to the Marilla community who has supported us for 170 years, and continues to this day. We are excited to share this historic milestone with all of you!”

Since 1851, Marilla Country Store has been a destination for Western New York families and travelers passing through the area. The store features three floors, teeming with unique gifts, stunning home decor, bulk foods and candy, and so much more. Join us for the day, and leave with something you will treasure for a lifetime.

The Roycroft Campus to host the third event in the EC200 Heritage Commemoration Series on Wednesday, Aug. 25. The free event will be a celebration of African American Heritage in WNY featuring a musical performance by the George Scott Big Band along with speakers discussing African-American heritage in WNY with a focus on the Michigan Street Corridor.

“The third installment of the EC200 Heritage Commemoration Series will provide a great evening of music and education centered on African American heritage in WNY and the Michigan Street corridor’s prominent role in it. This is a wonderful program and one that will be enjoyed by all in attendance,” said Erie County Executive Mark C. Poloncarz.  “I commend the EC200 planning committee for the work they put in to present these summer commemoration series events and I thank the Roycroft Campus for being such gracious and accommodating hosts for the series as well.”

“We are thrilled with the continued success of Erie County’s Bicentennial programs on the Campus this summer,” stated Curt Maranto, Executive Director of the Roycroft Campus.  “The Roycroft was founded on the ideals of individuality, inclusivity and community; it is an honor to celebrate our rich and diverse culture in Western New York, while also providing opportunities for new audiences to experience the Roycroft’s history and legacy.”

“On behalf of the Michigan Street African American Heritage Corridor Commission, I would like to thank our County Executive and the organizers of the Erie County 200 for including our founding cultural anchors, the Michigan Street Baptist Church, the Nash House, the Colored Musicians Club and Museum, and the WUFO Black Radio History Collective, in celebrating our great county,” added Terry Alford, Executive Director of the Michigan Street African American Heritage Corridor Commission. “The Commission serves as the connector of the past, present and future of those historic neighborhoods within and beyond our Corridor.  The Commission, along with the anchors to be featured at the Roycroft Campus on August 25th, endeavors to integrate the cultural significance and historic impact made by African Americans in not just the City of Buffalo, but throughout the Buffalo-Niagara Region. This outstanding event will allow us to share a bit of the history interwoven into the fabric of the Corridor as well as the vision for its future.”

In addition to a musical performance by the George Scott Big Band, the evening will include a brief introduction by Terry Alford, Executive Director of the Michigan Street African American Heritage Corridor Commission; remarks from Lillie Wiley-Upshaw & Rachel Henderson, Chair & Board Member of the Buffalo Niagara Freedom Station Coalition, who will be speaking on the history of the Michigan Street Baptist Church; Sharon Holley, President of the Michigan Street Preservation Corporation, who will speak on the Nash House Museum, and Sheila Brown, Owner of WUFO Radio and founder of the WUFO Black Radio History Collective, will wrap up the presentation.

Flying Bison Brewing Company will be onsite offering beer tastings, and the Roycroft Inn will be open for additional food/beverage.

Attendees should bring their own blankets/chairs and may also bring their own refreshments; please observe a carry-in/carry-out policy for food/trash. This event is presented by the office of Erie County Executive Mark Poloncarz and is hosted by the Roycroft Campus. 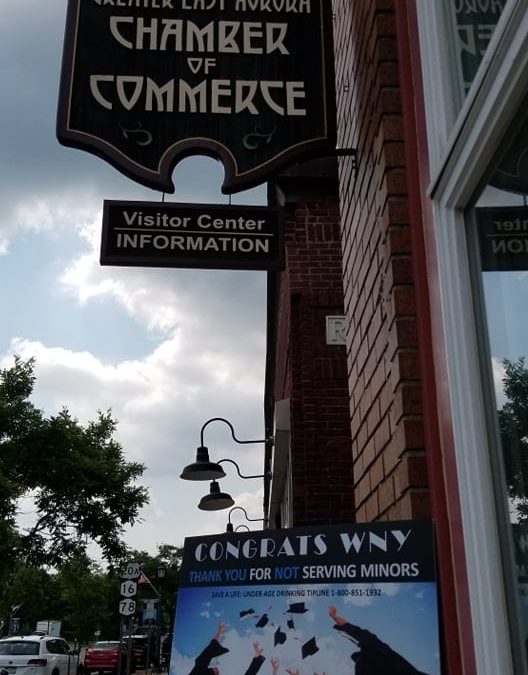 This first of its kind collaboration promotes healthy communities this summer

This joint campaign message is one of a celebration of our communities and sends a positive message- ‘thank you for not serving minors during June, July, and August, a season typically of many celebrations.

This is the first time that 3 Coalitions in 6 local neighboring towns and 2 counties have partnered together and included businesses, and parents in an underage drinking messaging campaign. Pizzerias and grocery stores in our targeted areas will receive 4×6 stickers to adhere to pizza boxes and take out containers, 20 families in each community- (60 total) were recruited to display lawn signs- and a total of 6 billboards in the Towns of Alden, Lancaster and Elma will post the same message throughout the summer months. All messaging materials display the same image and message.

The Coalitions targeted underage drinking since alcohol is the drug of choice for most young people. Statistics point to the fact that alcohol is used by more young people than tobacco or illicit drugs.

Program to be aired on WBBZ-TV

The Greater East Aurora Chamber of Commerce is again proud to present the annual Chamber’s Choice Awards student recognition. The program is designed to acknowledge and honor students who have demonstrated significant development in a variety of aspects of their learning and growth, such as community service, entrepreneurship, citizenship, artistic excellence, and communications as well as many other diverse areas.

Ten seniors are selected from each of the 4 schools, East Aurora, Holland and Iroquois high schools, and the BOCES W.D. Ormsby Educational Center.

The program provides an opportunity for these students to be recognized for their positive contributions to their schools, communities, and peer groups.

In a non-Covid year the Chamber would typically recognize the students with a banquet dinner with over 200 guests attending including the students, their family members, teachers, school officials and business leaders, and sponsors but this year, with sponsorship support, the Chamber was able to give the students recognition across Western NY with the help of WBBZ-TV, Cable Channel 5, with a 30-minute television show with each student and school having an opportunity to do a brief presentation about themselves.

Special thanks to the program sponsors – Tops Markets, University Pediatric Dentistry, and Astronics, Inc., and congratulations to our honorees.

Special thank you to our sponsors: 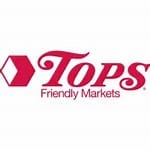 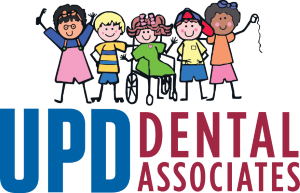 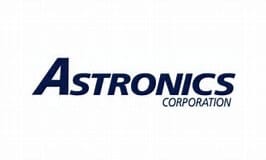