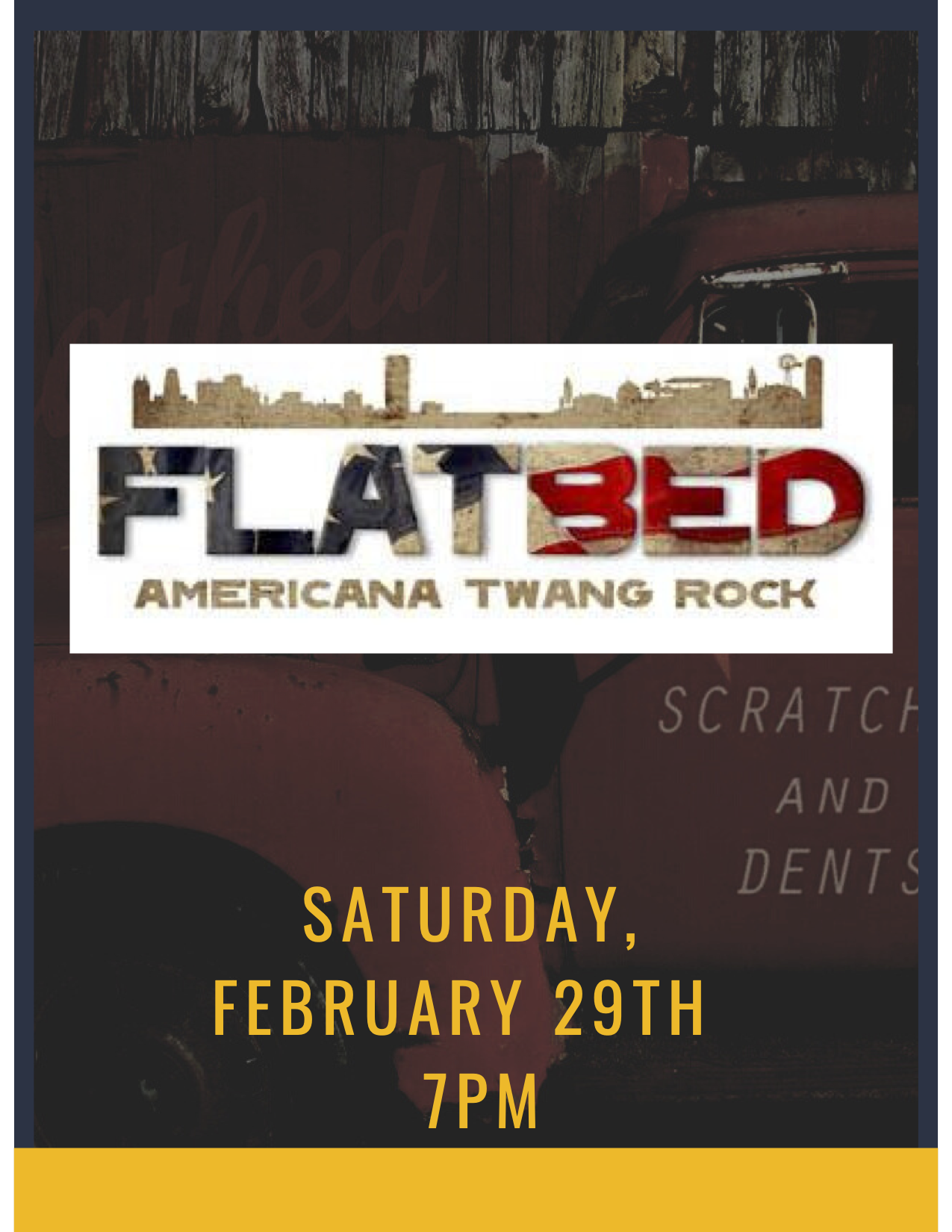 Saturday, February 29th 7pm
Flatbed
Based in Buffalo, NY, Americana band Flatbed taps deep the early crossroads of blues and country to form a unique, yet approachable, roots sound.
In 2011 Flatbed released its second studio effort, Scratches and Dents. Offering a wide range of Americana styles, the album reflects the band’s ability to incorporate many of rock ’n’ roll’s earliest influences into a modern, original sound.
“Scratches and Dents is to Buffalo what Lucinda Williams’ Car Wheels on a Gravel Road is to Austin, Texas.” Jeff Miers, Buffalo News
With its current, streamlined, four-piece line-up, Flatbed is able to offer acoustic folk, multi-part vocal harmonies, rocking electric sounds and just about everything else that could fall under the roots umbrella. Their live shows have something for every roots rock fan while keeping the song front and center.

westfallsartcenter.org
$10 presale, $12 at the door