Actor William Fichtner (The Lone Ranger, The Perfect Storm, Black Hawk Down) from Cheektowaga, New York, will make his Directorial debut with Cold Brook, scheduled for WNY production this summer in Buffalo and East Aurora.

Fichtner says, “Cold Brook” tells the story of two ordinary guys in a small town who embark on an extraordinary adventure. It’s a story about coming home; something everyone, everywhere has an innate desire to do”.

The film’s original screenplay was written by William Fichtner and Cain DeVore.

Fichtner would love to have area residents involved as extras.

The scenes being shot in East Aurora take place in the area of Main St.

There will be two bar scenes with approximately 30 extras needed. They must be adults, 18 years and older.

Another scene will be in a coffee shop. For that scene they are looking for 5 extras.

Anyone interested in being an extra should email coldbrookcasting@gmail.com. In the email they need to include their name, contact information (please specify in the subject line if you are from East Aurora) and a recent picture.  The production team will respond with additional information.

For additional information contact the Greater East Aurora Chamber at 652-8444.

You’ve probably already heard about Chamber Week already but we would very much like you to join us for a great week of activities.

Every day offers you an opportunity to network, to explore opportunities the Chamber offers to help you grow your business and to have some fun!

So plan on joining us next week for the fun!

RSVP’s required as a courtesy to our hosts – 652-8444. Members, non-members and employees welcome! 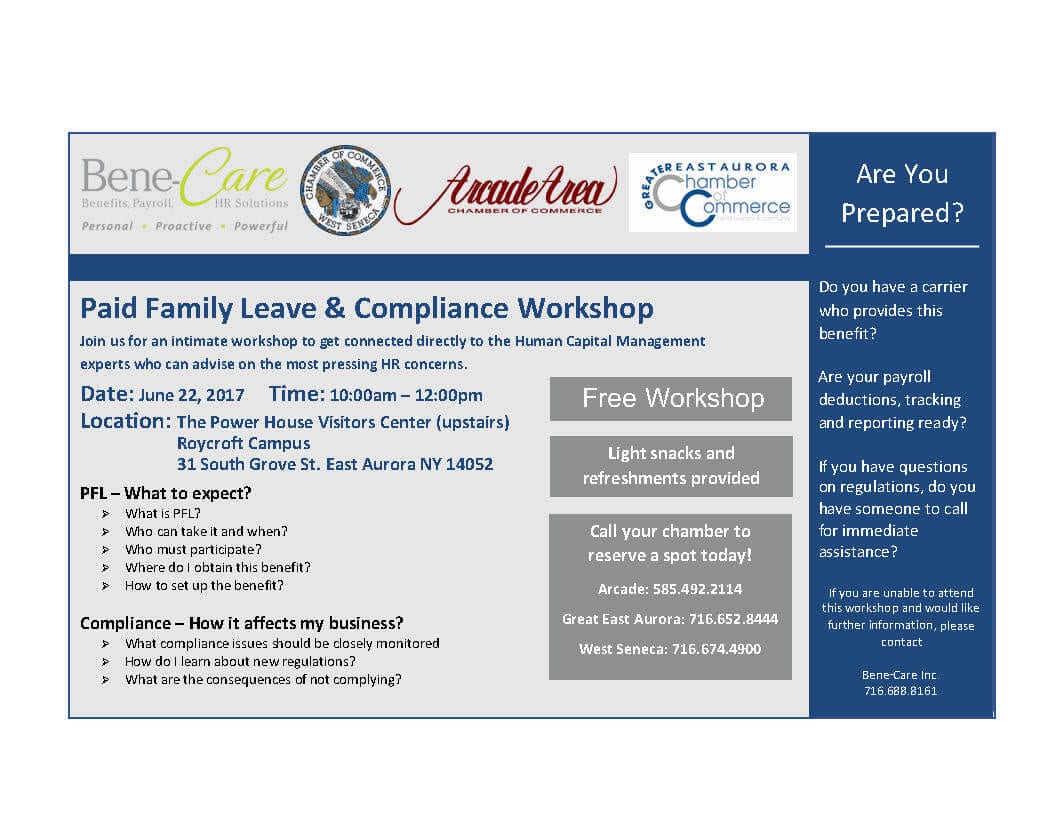 Join us for an intimate workshop to get connected directly to the Human Capital Management experts who can advise on the most pressing HR concerns. View workshop details! 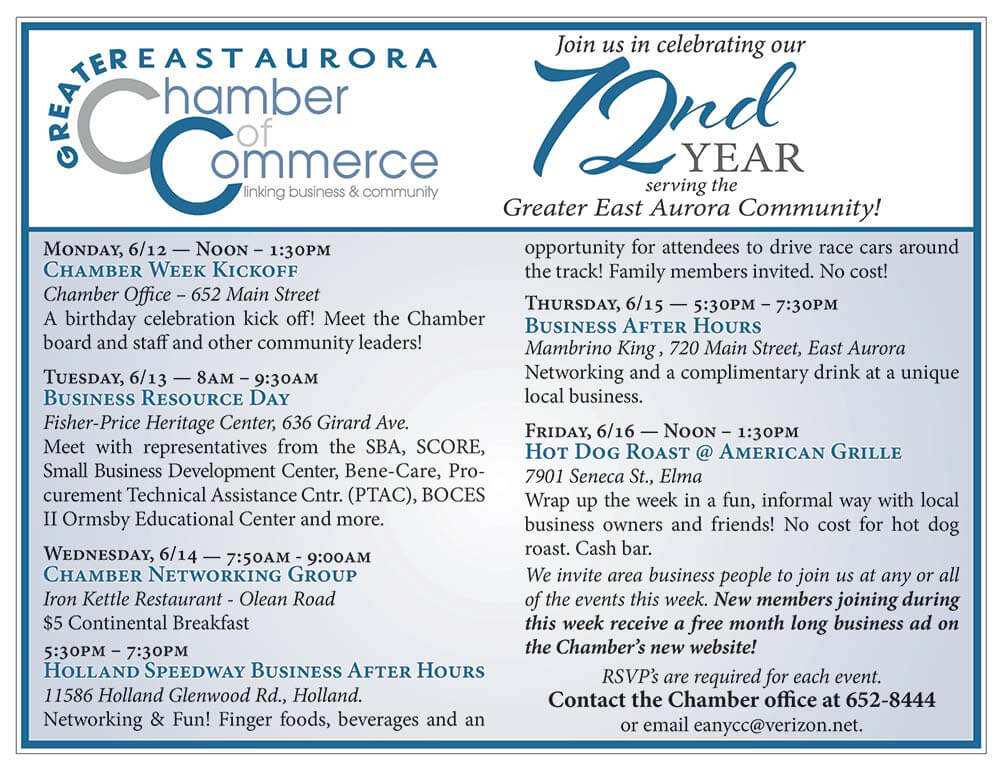 The Greater East Aurora Chamber of Commerce will be featuring the resources and strengths it brings to help local businesses achieve their goals during Chamber week Monday, June 12 through Friday, June 16.

Each day that week the Chamber will highlight a specific activity or program which will offer the opportunity to present the different aspects of its work in helping to promote Greater East Aurora community businesses while working to create an environment for businesses to succeed.

All GEA businesses, members, non-members and members of the community are invited to attend and meet Chamber board members, staff and other area business people.

We invite area business people to join us at any or all of the events this week.

Please RSVP for each event by calling the Chamber office at 652-8444 or email eanycc@verizon.net.

The Greater East Aurora Chamber of Commerce is excited to announce the launch of its new website., www.eanycc.com

The website, which will officially launch Monday, June 5, provides numerous resources to both Chamber members and people who are planning a visit to the East Aurora area including member business listings, an event calendar for both Chamber events and community events, and a link to the Chamber’s annual Visitors Guide.

The new site was designed and developed through a partnership with Bright & Brainy Creative Marketing and Surdej Web Solutions, both Chamber members.

The site has a modern look that is clean, crisp and easily navigable.  Members will be able to join or renew their membership online, something they were not able to do in the past. The website gives members the ability to “claim” their business listing and, after registering, edit or add their detailed business information such as logos, photographs, social media and website links, etc.

Chamber Executive Director, Gary Grote, stated that, “Our new website, with its new look and features, provides a better presentation of what the Chamber offers to its members while also providing greater choices to our members to market themselves.”

Chamber members will also be able to advertise on the site. Information on advertisement sizes and rates can be obtained by calling the Greater East Aurora Chamber at (716) 652-8444. Bright & Brainy Creative Marketing is offering discounted advertisement design services to any member who is interested in advertising on the website. For more information please call (716) 392-6201 or email vsturman@brightandbrainycm.com.

For more information on the website or advertising rates, please call the Greater East Aurora Chamber at (716) 652-8444.